GrayWolf said it DSII probes for Indoor Air Quality (IAQ) and toxic gas testing and monitoring will imminently have Apps for iOS and Android operating systems available free on the Apple and Google App stores. It added that it is possible to use a smartphone or tablet as a multi-parameter display or data-logger.

The company said that users can choose from over 25 smart IAQ, green building, industrial hygiene and HVAC sensors, including TVOCs (PID), Carbon Dioxide (NDIR), Ozone (electrochemical), CO, NO2, NH3, SO2, NO, Cl2, H2S, HCN, HCl, O2, H2, %RH and °C/°F. Each probe, the company said, accommodates from two up to eight true plug-and-play sensors into a single handheld, desktop or wall-mounted housing. The sensors offer low limits of detection and exceptional accuracy, the company claimed, adding that the CO2 sensor, for example, leads the IAQ industry at +/-35ppm over the key range, starting from 350ppm to 2000ppm (while +/-3% of reading above that up to 10,000ppm for CO2 toxic exposure use).

As monitoring IAQ parameters is a core application for GrayWolf, extensive development effort was put into assuring that the sensor smartboards would not introduce noise or degrade accuracy, stability or limits of detection (LODs) for the convenience of end-user swappable sensors, the company said. Other manufacturers, it pointed out, have prioritized convenience over performance.

Florida, USA, 14 April 2019: RGF’s patented Photohydroionization (PHI-Cell) technology has benefited the food supply chain, said Bill Svec, VP, Water and Food Products, RGF Environmental Group, while highlighting the company’s contribution to maintaining good IAQ in the food supply chain. According to RGF, PHI is an advanced oxidation technology, used to minimise and neutralise air pollutants, such as bacteria, viruses, mould, gases (VOCs) and other odours from indoor air. Pointing to the present scenario, he said, today there are daily reports where food is recalled due to bacterial contamination that occurs in the processing plant or in the supply chain. 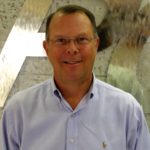 Elaborating, he said, in the past, chemicals were often used as a food safety intervention mechanism, which was not only costly but would also affect the taste and the colour of the food. Today, he added, those who grow food organically benefit most from the technology, and in the food safety aspect, processors have realised that the shelf life of the food product has greatly improved over time.