FREDERICK, Maryland, 26 September 2021: STULZ, Mirus International and ebm-papst will be conducting part 2 of a e-discussion on harmonic mitigation in data centres, STULZ said through a Press release. The webinar is on September 28, the company added. 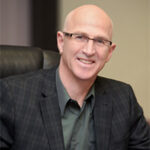 BLDC motors, with efficiencies greater than 90%, provide a more effective ventilation system, so that ‘free cooling’ becomes more easily achievable, which contributes to the energy savings potential, it said. Also, air distribution can be improved with multiple fan arrays allowing upstream or downstream components, such as filters or heat exchangers, to receive a more even airflow, thereby improving air filtering and heat transfer efficiency, it added.

In striving towards reliable and efficient systems, one significant factor sometimes overlooked is electrical harmonic distortion, STULZ said. One of the few things common with AC/VSD and EC fan systems is that they are both harmonic generating, non-linear loads, it said. 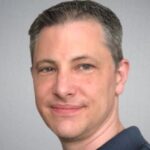 Without proper harmonic mitigation, non-linear loads can distort the AC power distribution and possibly expose a mission-critical facility to electrical issues, such as overheating distribution equipment and failure of sensitive equipment connected to the same electrical bus, it added.

The speakers include Dave Meadows, Director of Technology, STULZ USA; Tony Hoevenaars, President and CEO, Mirus International; and Joe Landrette, Director, VAC & Data Centers and Digital Solutions, ebm-papst. According to STULZ, the webinar, scheduled for a 2pm (Eastern Time, US and Canada) start, will be useful to electrical engineers, mechanical engineers and end-users.