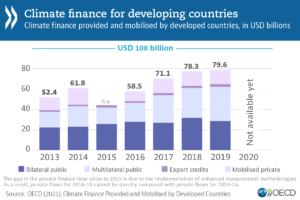 CORK, Ireland, 18 May 2021: Johnson Controls (JCI) said it has been named to the inaugural FT Climate Leaders in Europe list.

Europe’s Climate Leaders 2021 is a list of companies across Europe that have shown the highest reduction of their emission intensity – that is, core greenhouse gas emissions in relation to revenues, between 2014 and 2019. Johnson Controls reported that it was one of only 300 companies selected from 4,000 across Europe.

“We are extremely proud to be recognized by the Financial Times as a European climate leader,” said George Oliver, chairman and CEO, Johnson Controls. “Sustainability has long been at the heart of everything we do, and it is an honor to be included on this prestigious list. With COP26 approaching at this critical moment in the battle against climate change, it is important that companies continue to play their part in cutting emissions and delivering clean, sustainable solutions across the entire value chain.”

According to JCI, companies on the list – compiled by research firm, Statista – were invited to submit emissions reported following the emission categories of the greenhouse gas protocol (scope 1, 2 and 3). In addition, Statista scrutinized publicly available data, mainly from financial and non-financial reports as well as from CDP (formerly the “Carbon Disclosure Project”).

Although JCI reports all three emissions scopes, the ranking only considers scope 1 and scope 2 emissions, since not all companies publish their scope 3 emissions, it said. Since 2002, JCI said, it has reduced its emissions intensity by more than 70% – equivalent to the carbon sequestered by 17,000 acres of forest. The company said it has also helped its customers save more than 30.6 million tonnes of CO2 globally and $6.6 million through guaranteed operational savings.

According to JCI, digitalization has been recognized as a key enabler for the building renovation wave in Europe and the rest of the world. Already, JCI said, it has been deploying its OpenBlue digital platform for optimizing buildings sustainability across its entire value chain – drastically improving the company’s own environmental impact and helping customers consume less energy, conserve resources and identify pathways to achieving healthy, net zero carbon communities.

Katie McGinty, Vice President & Chief Sustainability, Government and Regulatory Affairs Officers, JCI, said: “We are making positive change within our own corporation and believe we are uniquely positioned to help customers and suppliers achieve their sustainability goals. By driving global change, we are ultimately creating an environment for healthy people, healthy places and a healthy planet.”

JCI said it is also helping meet the growing demand for energy-efficient technologies. It said it has provided heat pump solutions for customers at more than a dozen district heating and cooling applications in Denmark, Finland, France, Germany, Italy and Norway.

Heat pumps, it said, have an important role to play in decarbonizing buildings and industry. They have long been in the DNA of industrial refrigeration – utilised in food and beverage, dairy and other process industries for reclaiming low-temperature waste heat and turning it into low-cost, high-temperature heat.

ABU DHABI, UAE, 1 April 2021: The United Arab Emirates will host the Regional Climate Dialogue for climate action on April 4 in Abu Dhabi, in advance of the Leaders Summit on Climate, to take place in Washington DC later this month and in the run up to COP26. The UAE regional dialogue will include the participation of John Kerry, US Special Presidential Envoy for Climate, and Alok Sharma, COP 26 President, together with ministers and high-level climate representatives from the GCC and Mena regions.

As part of its well established role as a convener on climate action, the UAE has also invited International Renewable Energy Agency (IRENA) Director-General, Francesco La Camera, to attend the Dialogue. The event will focus on national and regional preparations for the 26th United Nations (UN) Climate Change Conference of the Parties (COP26), set to run from November 1 to 12, 2021. The COP26 Summit, hosted this year by the United Kingdom in Glasgow, will bring together countries from across the globe to accelerate action towards the goals of the Paris Agreement and the UN Framework Convention on Climate Change.

His Excellency Dr Sultan Ahmed Al Jaber, the UAE’s Special Envoy for Climate Change, and Minister of Industry and Advanced Technology, said: “We look forward to welcoming Special Envoy Kerry and COP26 President Alok Sharma, along with Ministers and high-level representatives of the key economies of the GCC and MENA region to Abu Dhabi for this important dialogue. The UAE has demonstrated a longstanding commitment to progressive climate action and sought to promote sustainable development throughout the region.  By coming together for this dialogue, I believe we can create greater momentum for progress. The UAE views climate action as an opportunity for economic development, while contributing practical solutions to a global problem that affects us all. As the world seeks new pathways to ‘building back better’ in the wake of the COVID-19 pandemic, Special Envoy Kerry’s visit will help consolidate efforts on smart sustainable solutions with tangible benefits for the global community.

“We are already seeing great examples of climate leadership throughout our region, including the recently announced initiative by our brotherly neighbors in the Kingdom of Saudi Arabia. The regional climate dialogue will provide a constructive platform for the MENA region to unite around progressive, practical solutions that can help the world reach global climate goals, while also fostering innovation for sustainable growth.”

Speaking in advance of the meeting, COP 26 President Alok Sharma said: “It is vitally important that the world works together to tackle climate change. That means countries coming forward with net-zero targets and near-term emissions reduction targets (the 2030 NDCs) that keep 1.5 degrees within reach. The transition to a clean economy is one which can benefit us all: through creating jobs, spurring sustainable development, and cleaning our air. We are already beginning to see progress, and countries in the MENA region are well placed to take advantage of the economic opportunities of this transition. However, the consequences of climate change are already being felt across the region, and the UK will use its COP26 Presidency to build momentum on adaptation to help to keep countries, communities and people safe from the impacts of climate change.”

The Regional Climate Dialogue will provide an ideal platform for the participating countries to exchange experience in their responses to climate change and build momentum for increased global ambition in the run-up to COP26. In addition, it will enable the United States and the MENA region to examine new areas of collaboration in the field of climate change mitigation and adaptation with the aim of transforming the climate challenge into an economic opportunity.

Core themes will include accelerating the deployment of renewable energy solutions, exploring the potential of new zero-carbon-energy sources, such as green and blue hydrogen, maximizing the impact of mitigation technologies, including carbon capture, and reducing the carbon emission intensity of hydrocarbon fuels, on which the world will still rely during the energy transition. The conversation will discuss policies for adaptation to the impacts of accelerating climate change trends that are of particular concern to the region, such as food and water security, desertification mitigation and environmental conservation.

The participants will seek to develop a common understanding of climate action priorities, as well as a roadmap for cooperation towards COP26 and related milestones.