Las Vegas, Nevada, 19 January 2022: Refrigeration and air conditioning are essential to modern life, yet most people are unaware of the technology behind cooling, partially from the RAC industry not reaching out to the public with coordinated messaging.

A free educational session, organized by World Refrigeration Day (WRD), ASHRAE and UNEP OzonAction at the 2022 AHR Expo in Las Vegas is aimed at encouraging the RAC industry to share messaging resources and to better engage with consumers, policy makers and young people. “Breaking Down RAC Industry Silos” will take place on Tuesday, February 1, from 11am to Noon, PST, Las Vegas Convention Center, Room N238/240, WRD said through a Press release.

Despite the increased number of policies, standards and codes related to RAC industry, there is still significant lack of attention and understanding of the importance of the RAC sectors by governments, end-users, and public, WRD said. Issues like refrigerant transition, emissions reduction and maximizing energy efficiency have been addressed over the last couple of decades by most governments mainly due to relevant global policies and binding frameworks, WRD said. However, the sector’s contribution to human welfare and our modern lifestyle goes beyond those topics and needs to be acknowledged and adequately considered by different groups from outside RAC community, WRD added.

World Refrigeration Day is a platform that all in the RAC industry can use to raise the industry’s profile, WRD said. Examples of how that platform is breaking down industry silos in outreach efforts will be presented by past WRD global campaign partners – ASHRAE, UNEP, IIR, EPEE, GFCCC, FAIAR, ISHRAE, and U-3ARC.

NAIROBI, Kenya, 19 October 2021: The economic consequences of the COVID-19 pandemic caused CO2 emissions from buildings and construction to fall significantly in 2020, but a lack of real transformation in the sector means that emissions will keep rising and contribute to dangerous climate change, according to the 2021 Global Status Report for Buildings and Construction.

The report, published by the UN Environment Programme-hosted Global Alliance for Buildings and Construction (GlobalABC), finds that in 2020, the sector accounted for 36% of global final energy consumption and 37% of energy related CO2 emissions, as compared to other end-use sectors.

While the level of emissions within the sector are 10% lower than in 2015, reaching lows not seen since 2007, this w333as largely due to lockdowns, slowing of economies, difficulties households and businesses faced in maintaining and affording energy access and a fall in construction activity. Efforts to decarbonize the sector played only a small role, the authors of the report said.

With large growth projected in the buildings sector, emissions are set to rise if there is no effort to decarbonize buildings and improve their energy efficiency, the authors said. In Asia and Africa, building stock is expected to double by 2050, they said, adding that global material use is expected to more than double by 2060, with a third of this rise attributable to construction materials.

“This year showed that climate change is an immediate direct threat to every community on this planet, and it is only going to intensify,” said Inger Andersen, Executive Director, UNEP. “The buildings and construction sector, as a major source of greenhouse gas emissions, must urgently be decarbonized through a triple strategy of reducing energy demand, decarbonizing the power supply and addressing building materials’ carbon footprint, if we are to have any chance of meeting the Paris Agreement goal of limiting global warming to 1.5C.”

Some progress, but not enough

The GlobalABC’s Global Buildings Climate Tracker found that there have been some incremental improvements in action to decarbonize and improve the energy efficiency of the sector.

In 2015, 90 countries included actions for addressing buildings emissions or improving energy efficiency in their Nationally Determined Contributions (NDCs) under the Paris Agreement. This number has now hit 136, although ambition varie, the authors of the report said.

Since 2015, an additional 18 countries have put in place building energy codes – a move that is crucial to shift emissions downwards – bringing the total to 80, the authors said. Local cities and governments have also developed codes, they said. Investment in energy efficiency rose to over USD 180 billion in 2020, up from 129 billion in 2015. Green building certification has increased by 13.9% compared to 2019, they said.

Overall, however, the report finds that these efforts are insufficient, both in terms of speed and scale. Other key findings of the report include: Two-thirds of countries still lack mandatory buildings codes; most of the increase in energy efficiency spending came from a small number of European countries; too small a share of finance goes into deep energy retrofits, and there is a lack of ambitious decarbonization targets in NDCs.

Energy demand in the buildings and construction sector is likely to rebound, as economic recovery efforts take hold and as pent-up demands for new construction are realized, the authors said.

By 2030, to be on track to achieving a goal of net-zero emissions by 2050, the International Energy Agency says that direct building CO2 emissions would need to decrease by 50%. Indirect building sector emissions will have to drop through a reduction of 60% in power generation emissions. To achieve these goals, the report finds, the sector has to take advantage of every lever.

While pandemic recovery spending has not sufficiently prioritized climate-friendly approaches to the level required, the authors said, there is still an opportunity to invest in decarbonizing our buildings while increasing their resilience:

Buildings’ resilience needs to increase to futureproof our homes and workspaces. A typical building constructed today will still be in use in 2070, but the climate it encounters will have changed significantly. 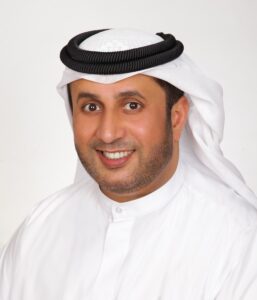