BERKELEY, California, 18 May 2021: The International Energy Agency (IEA) said it has published its first ever comprehensive roadmap to net-zero emissions by 2050. The report, it added, provides guidance for governments, companies, investors and the public on what is necessary to fully decarbonize the energy sector and lower greenhouse gas emissions to limit temperature rise to 1.5 degrees Celsius.

The report, it said, comes after it received widespread criticism for systematically underestimating the pace of adoption of clean energy technologies, such as solar and wind, and substantially overestimating their costs. Critics, it said, argued that IEA projections had effectively acted as support for the fossil fuel industry’s business-as-usual operations.

In a significant shift, the IEA said, it today recognizes that on a net-zero pathway there can be no investment in new fossil fuel supply. This, it said, includes oil, gas and coal projects. The IEA said, it confirms that with the introduction of policy to achieve climate stabilization at 1.5 degrees, the fossil fuel sector will face significant demand reduction.

Danielle Fugere, President, As You Sow, responding to the release of the report, said: “This new net-zero scenario from the IEA finally aligns with investor expectations and makes abundantly clear to fossil fuel companies that they must set net-zero targets, develop a clear transition strategy, and evolve in step with the decarbonizing global economy. Standing in the way of progress is no longer acceptable for companies’ own enterprise success or for the global economy.”

Daniel Stewart, Senior Research Associate, As You Sow, said: “Until now, the IEA’s research has been used to play down transition risks faced by the fossil fuel industry and as a support for inadequate energy and climate policy. IEA’s new scenario firms up what investors already knew about the steps needed to achieve climate stabilization by mid-century. It demonstrates without a doubt that it is difficult but absolutely possible to contain the catastrophic impact of runaway climate change, and signals major disruption on the horizon for industries reliant on fossil fuels.” 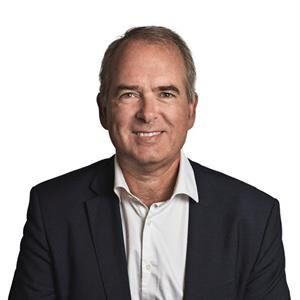