GrayWolf said it DSII probes for Indoor Air Quality (IAQ) and toxic gas testing and monitoring will imminently have Apps for iOS and Android operating systems available free on the Apple and Google App stores. It added that it is possible to use a smartphone or tablet as a multi-parameter display or data-logger.

The company said that users can choose from over 25 smart IAQ, green building, industrial hygiene and HVAC sensors, including TVOCs (PID), Carbon Dioxide (NDIR), Ozone (electrochemical), CO, NO2, NH3, SO2, NO, Cl2, H2S, HCN, HCl, O2, H2, %RH and °C/°F. Each probe, the company said, accommodates from two up to eight true plug-and-play sensors into a single handheld, desktop or wall-mounted housing. The sensors offer low limits of detection and exceptional accuracy, the company claimed, adding that the CO2 sensor, for example, leads the IAQ industry at +/-35ppm over the key range, starting from 350ppm to 2000ppm (while +/-3% of reading above that up to 10,000ppm for CO2 toxic exposure use).

As monitoring IAQ parameters is a core application for GrayWolf, extensive development effort was put into assuring that the sensor smartboards would not introduce noise or degrade accuracy, stability or limits of detection (LODs) for the convenience of end-user swappable sensors, the company said. Other manufacturers, it pointed out, have prioritized convenience over performance.

DANBURY, Connecticut, United States, 13 June 2021: Belimo said its damper actuators and most of the valve actuators and sensors meet UL 2043 requirements. The National Electrical Code Section 300.22 (c), in the United States, requires electrical devices in plenums to be tested to UL 2043 for low smoke generation. Underwriters Laboratories’ UL 2043 is the standard for fire test for heat and visible smoke release for discrete products installed in air-handling spaces, Belimo said, adding that its products, used for installation in air-handling spaces, meet UL 2043 standard for heat and smoke release. By complying with the UL 2043 requirements, Belimo said, its products have demonstrated the following characteristics:

PALM BEACH GARDENS, Florida, 27 April 2021: Carrier Global Corporation on April 26 launched Abound, which it described in a Press release as a new cloud-native platform, as part of its growing investment in digital solutions designed to give people confidence in the health and safety of their indoor environments. Abound is an open-technology platform that aggregates data from different systems and sensors and provides building owners, operators and occupants transparency into relevant and contextual insights about air quality, thermal comfort and other performance data, the company said.

“Abound will transform a building owner’s ability to optimize the indoor environment, boosting the confidence of each visitor and occupant,” said Dave Gitlin, Chairman & CEO, Carrier. “The access to real-time actionable data for indoor air quality and other building systems and sensors embodies the future of building health and performance for customers around the globe. With this launch, we are moving closer to establishing industry standards that will provide owners, operators and occupants greater confidence in their indoor spaces.”

According to Carrier, Abound is a cloud-native offering that uses advanced technology to make building environments more intelligent, efficient and responsive. It connects directly to existing building systems and sensors with no need for upgrades, retrofitting or replacements. And, unlike other building management platforms, Abound is designed to easily work with all systems regardless of manufacturer, to unlock and unite siloed data to provide more powerful, actionable insights, Carrier claimed. The platform can be rapidly installed and scaled and showcases data on a single pane of glass and via remote readings, the company added.

According to Carrier, a hallmark feature of the platform is the ability for building operators to benchmark building performance related to air quality, ventilation and humidity against the thresholds identified by certain air features within the WELL Building Standard (WELL) from the International WELL Building Institute, which works for achieving healthy buildings. Building owners will have the ability to display real-time information and messaging about a building’s health through the Abound application programming interface (API), which can be used to create digital wallboards and support mobile experiences, Carrier said.

“We’re proud that the thresholds in the Abound platform are based on the WELL Building Standard’s air quality features, helping Carrier to make something as invisible as air quality more visible and actionable,” said Rachel Hodgdon, IWBI’s President and CEO. “This platform will help streamline pathways for customers to measure, communicate and report their progress toward WELL Certification, advancing IWBI’s overall mission to advance people first places around the world.”

According to Carrier, Abound is currently being piloted across the United States, with customers in the commercial building, K-12 education and sports and entertainment industries, including Trust Park, home to the Atlanta Braves. It is also operating at Carrier’s world headquarters and building technology showcase, the Center for Intelligent Buildings in Palm Beach Gardens, Florida.

“We are thrilled to participate in the pilot of the Abound platform to give fans a safer and more informed spectator experience,” said Jim Allen, Senior Vice President of Corporate and Premium Partnerships for the Atlanta Braves. “The visual displays strategically placed throughout the stadium will provide our guests a real-time look at how our systems are working together to improve air quality. Sports bring people together, and the game just isn’t the same without our incredible fans here at the ballpark and we’re excited to welcome them back.”

While a tool for building owners, Abound was designed with building occupants and the general public in mind, Carrier said. It will make the invisible – air quality – visible through a smart, simple interface, and using its API and responsive display generators, building owners can communicate building health strategies, health performance metrics or the live indoor air quality summary through in-building digital displays, mobile applications or existing digital experiences.

“The launch of Abound underscores Carrier’s leadership in digital innovation and ability to move quickly to exceed our customers’ needs,” said Bobby George, Senior Vice President & Chief Digital Officer, Carrier. “The platform came together in a fraction of a year, and I couldn’t be prouder of the team. Abound’s platform architecture was designed around open standards and modern cloud native technologies and can quickly adapt to a wide range of integration and connectivity and scaling needs. The platform is comprehensive and delivers value to our customers through the complete integration of software, hardware and digital analytics.”

CORNAREDO, Milan, Italy, 12 February 2021: One of the weak points in a gas detection system, especially in refrigeration applications, is that it is almost impossible to detect a small leakage in the plantroom. Dr Giacomo Frigo, Founder & Managing Director, Sensitron, said this, adding that the management realises the leakage only when there is no more gas in the system.

Dr Frigo pointed out to how hotel chains have started installing fire detectors to be able to assure guests that no accidents will occur in their hotel room. Much in the same way, he said, the right step forward would be to install gas detectors that give out a warning much before an alarm does, to improve the management of a gas detection system.

Hand in hand with installation is the maintenance of the detectors, he said. In Sensitron, for instance, we have adopted the NDIR technology in all our detectors, which he said is a bit more costly than the MOS technology. The additional cost, he added, is worth it, because the alarm value from the detector is much more stable and accurate. As a result, he further added, the period of checking and recalibration of the detector practically is three time longer than that of other systems. 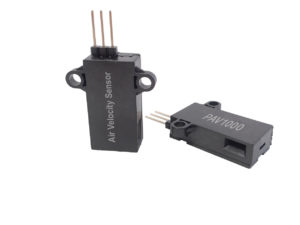