Making the announcement through a Press release, Cubigel said the strategy strengthens its brand positioning and image, focusing on ‘Cooling Expert+’ to fully sublimate the positioning of the expert with a 60-year heritage in the refrigeration industry and as a provider of overall solutions for the whole industry.

In the MCE special session of the 60th anniversary, Cubigel invited important customers from the world over to participate in the launch ceremony of its new brand positioning strategy, held under the auspices of Pedro Olalla, Sales and R&D Director, Huayi Compressor Barcelona. The ceremony included a screening of a video of Cubigel Compressors’ 60 years of industry experience. Subsequently, Tao Wen, Deputy General Manager, Huayi Compressor Barcelona, delivered the Keynote Address on four core values and in-depth connotations of the brand’s new proposition to customer representatives from around the world. 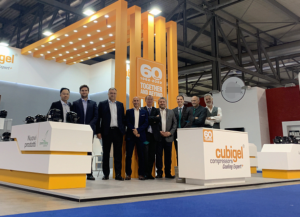 Cubigel said it not only provides reliable light-commercial refrigeration compressors but also overall services for its products, by combining Huayi Group’s strong Chinese manufacturing capabilities with its own local advantages from its base in Spain. Cubigel said that after being acquired by Huayi Group, it improved its overall production capacity and supporting service capabilities, successfully expanded its larger-scale loyal customer base and became a truly trustworthy global light-commercial refrigeration expert.

Cubigel said that in order to be the ‘Cooling Expert+’ for green light-commercial refrigeration, it attaches great importance to natural refrigerants, low-energy-consumption green solutions and related product innovations. The company said that its strong R&D capabilities allows its Green Cooling compressor series to be constantly updated and upgraded.

It further said that its R&D infrastructure has helped it overcome technical bottlenecks to meet the requirements of green refrigeration experts. At the same time, it added, it has been actively responding to industry trends and substantially expanding the application range of natural refrigerants through its product upgrades. 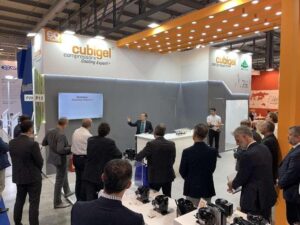 In addition, the company said, it aims to be the Cooling Expert+ with the most complete product range. It said it has a complete product portfolio in the market with a wide choice of displacements – from 1.4 to 42 cc – with refrigerants such as propane (R290) and isobutane (R600a), owing to its strong R&D team and 60 years of presence in Chinese and European markets. Meeting the needs of light-commercial refrigeration applications, its complete product line provides customers with convenience and choice in the process of customised selection under various working conditions, it claimed.

Cubigel said it also aims to be the ‘Cooling Expert+’ in innovation. The company pointed out that it has been proceeding with innovations in compressor specifications, such as displacement, cooling capacity and noise levels, in addition to incorporating other cutting-edge technologies in materials, design and manufacturing processes.

The ceremony at MCE also included speeches from customers from various countries, who shared testimonies from over the years and commented on the release of the new brand proposition.

Yang said the release of the new brand strategy is not only a sublimation of Cubigel’s brand positioning but is also a process of pursuing excellence as an industry expert from R&D and production to services. Cubigel products and services, he said, embody the company’s advantages in various aspects to consolidate the brand identity of ‘Global Expert+ for Light Commercial Refrigeration’, aiming to provide the industry with the most cutting-edge and most complete solutions. Cubigel, he added, will open up new thinking and explore new paths to grow into a sustainable and socially responsible brand. 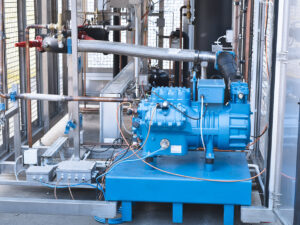