Climate change and the larger picture of finances 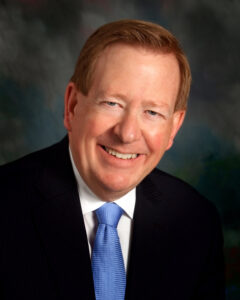 We have succeeded admirably in our fight against the depletion of the ozone layer through collective effort, through a cohesive, consensus-based approach of finding economically and technically sound alternatives to ozone-depleting refrigerants. How much confidence do you take from what has been a marvellous example of social cooperation?

We did the summit in the form of the Montreal Protocol over concerns of huge spike in cancer deaths, so it was a great example of world leaders coming together to study a problem, devise a solution and then go back to their countries to fix the problem. It shows diplomacy and recognition of common challenges can be good.

In the same way, could we not find a financially feasible, well-structured long-term plan to curb the widespread misuse of energy and general profligacy through steady and substantial investment in the infrastructure needed to achieve the goal?

You have identified the problem in the question, and we have to find the means of accomplishing this. We have to look at the larger picture of finances – the health impact of pollution; the cost of famines; the cost of relocation, if we have a rise in sea level, leading to the displacement of people from major cities; and the cost of possible conflicts arising out of this. But more specifically, we need to recognize many jobs are dependent on the fossil fuel industry. So, we can make those changes, but we have to recognize that we need to look out for investment of industry, we still need to fly airplanes. But, we have a saying in the US, ‘low- hanging fruit’. So, there are many easy things we can do to clean the environment and reduce fossil fuel use, and those are what we can focus on with recognising that we have to protect people’s jobs in the fossil fuel industry and that many are invested in the fossil fuel industry.

Would an approach of self-financing the fight against global warming by developing an energy budget in every city, town, state and country across the world be a possible way out, as propounded by George Berbari, the CEO of DC Pro Engineering? I am referring to a structured, long-term carrot-and-stick approach, where individuals and organisations occupying residential and commercial buildings could be rewarded for being energy efficient and penalised for being inefficient, with the penalty being slightly higher than the reward to create a positive budget, a surplus, which could be used for giving rebates to homeowners for improving insulation, glazing, etc., for developing infrastructure to lower primary energy use, for building thermal energy networks, even District Energy schemes… anything that would effectively fight climate change.

Economists believe such an approach to conserving primary energy is feasible, but democratically elected local and federal government leaders and local mayors have limited terms and, generally speaking, give priority to short-term problems, the solving of which gives them immediate political benefits, as opposed to decades-long and daunting task of curbing energy use through a financial mechanism and other initiatives, which might also be viewed by the city’s inhabitants that make the electorate, as adding to existing costs and impairing their personal and corporate competitiveness. In your case, you are one of the longest-serving mayors in the state, having been in office since 1996 over seven consecutive terms. Did that give you a canvas to paint a long-term vision? How effective was the approach? Did it help you shape regulation and enforcement at a city level? Were you able to raise greater awareness on the human impact on climate change and bring about a consensus-based change in energy use behaviour in Carmel?

We are a suburb of Indianapolis, which has a population of two million people. We are 100,000 people in Carmel. Now, places like Dubai and Doha require automobiles, owing to the urban sprawl. Generally, we need the automobile to go anywhere. We have looked at the problem and have a series of PPPs, where one can live, work, go to restaurant and engage in recreational activities without having to get into an automobile and, as a result, lower the consumption of fuel.

The average American spends two hours a day in automobiles, but in Carmel, businesses, houses, schools are all here. We have adopted land use development differently, so people can live, work and go to a restaurant all in the same area, and we tried to design our downtown not for automobiles, and it has cut down fuel use. In Carmel, it is 15 minutes to half an hour of automobile use per person, so it is much, much less [than the national average].

We have a legal structure in the state of Indiana that makes decisions on building codes, and they have done less than what I would like to see, but we have contract to have a much more efficient build. We have the example of the Energy Center in Carmel. We have cold winters and hot summers in Carmel, and we are using energy all year long to either heat or cool our buildings. And if you have an individual heating or cooling system, it starts and stops and is energy inefficient. And so, we have developed the Energy Center in the city, and it uses 50% less energy. And we would like to see this being applied across the city.

If energy is scarce and its excessive use damaging to the environment, should people be allowed to consume as much as they want to, as long as they are paying for it? Should affordability be a sole factor? Could we change that mindset and, at the same time, take care not to infringe on personal freedom and quality of life?

I have thought about it, and I believe in a capitalistic and free market approach. And there is a way to fix it, which is you pay USD 10, say, for 100 units of use, USD 15 for the next 100 units, and USD 20 for the next 100 units. And so the more you use, the higher the price. And it is a good system, because it penalizes the people to use it, and at the same time, they have the freedom to use it. In the case of steel production, maybe that may be very important for the economy and jobs, and so there should be a different model. You have to look at the situation where we can improve the environment, decrease carbon and increase quality of life.

Have you established a carbon neutrality goal for Carmel, like Copenhagen, for instance, where we are seeing a consensus-based approach involving all political parties, underpinned by the thought process that environmental action needs to be bipartisan in nature? Or are the political dynamics different in the United States?

It’s a good question. Our city is mainly Republican, and is fiscally and economically conservative. Some years ago, a seven-member council introduced a carbon neutrality goal, which is not mandated, however. We know we will get there, because the technology is there. It is not time bound. It is a legislative body that passed a law that laid out a carbon neutrality goal.

We have been measuring progress in reducing carbon. Every year, we are measuring how much energy the city is using on a per capita basis, because the city is growing. I don’t know if we have done enough yet, but we are making progress. I firmly believe technology will save us.

The fight against climate change needs to be a non-partisan effort within cities, states and nations. What we have seen is a vastly polarising view within the United States. With Joe Biden set to take the reins, how soon can we expect to see the United States aligning itself in a more profound manner to the Paris Agreement?

I am a Republican, and my undergraduate degree was in history, so I tend to think not today but historically. At the turn of the century, Ted Roosevelt, a Republican, set aside millions of acres in the US for the National Parks system. And President Eisenhower in 1952 established the Arctic Reserve in Alaska, and he was Republican, as well. And President Nixon was the one who set up the federal EPA. Republicans signed a law that amended our Clean Water Act. They passed a whole series of environmental laws. President Reagan led on the Montreal Protocol for the ozone protection initiative. George HW Bush and George Bush came from a state that produces a lot of oil, and yet they established a system of hundreds of windmills. Over 120 years, Republicans and Democrats have come together in a non-partisan manner. And they will come back; this anomaly has been only for a sort period of time. Clean air and water are non-partisan issues. Disagreement will come only in terms of jobs.

On December 11, 2020, the United States observed a new daily death record of 3,055 individuals, more than the number of people who died in Pearl Harbour or the September 11 attacks on the twin towers in New York City. The coronavirus cases have risen sharply in Carmel, as they have elsewhere in Indiana and across the country. What measures have you taken in Carmel to safeguard residents through better indoor air quality (IAQ), with science advocating more fresh air changes and maintaining Relative Humidity between 40% and 60% in buildings?

I think one good thing that has come from the pandemic is recognition of IAQ being important, and there are great many entrepreneurs in the US selling systems that clean the air. Our City Hall operates a new system that every few minutes recycles the air and filters and cleans the air in the building; and it is energy efficient. And building owners throughout the US are adopting this. I see this as a positive thing that has emerged.

I have put a taskforce in Carmel. We also have generated messages through emails and print newsletters and social media. We have used an entire gamut of ways to talk to people, not just about IAQ but also about things to do to handle the pandemic in a better way. Our city had done a good job till the first week of October, testing and quarantining people. It worked through summer, but when people came indoors when the temperatures fell, it went bad. We had our first set of vaccinations, yesterday (the interview with Mayor Brainard took place on December 15), so we hope to be in good shape by March or April 2021.

There are those that are saying building industry stakeholders simply need to reverse the polarity on their thinking when it comes to budgeting for indoor air quality and that we need to raise buildings fit for purpose.

Yes, it’s a good point. Energy for buildings is important, but I think IAQ is something that would work very well. We have tax incentive to make buildings more energy efficient, and over time if building owners do not take action, a penalty would start; and simultaneously, there will be a reduction in taxes for people who make more energy-efficient buildings. And that puts the burden away from the average taxpayer. Yes, I do believe in an incentive and disincentive system for establishing good IAQ.