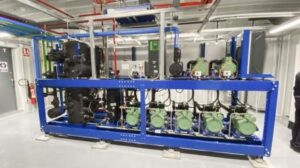 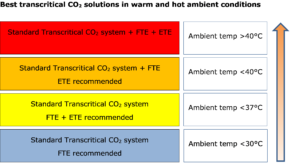 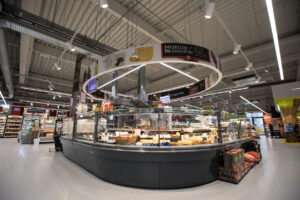 ARLINGTON, Virginia, 27 December 2020: The Air-Conditioning, Heating, and Refrigeration Institute (AHRI) on December 22 expressed its gratitude to House and Senate negotiators who included language in the just-passed Omnibus bill to bring about a national phasedown of HFC refrigerants. Particular appreciation also is due to Senators John Kennedy (R-La.), Tom Carper (D-Del.) and John Barrasso (R-Wyo.) as well as to Representatives Frank Pallone (D-NJ), Pete Olson (R-Tex.), and Paul Tonko (D-N.Y.) for their tireless efforts to see this bipartisan initiative through to completion, AHRI said.

The language included in the bill would bring about a national phase down of HFCs and allow for a market- and consumer-friendly transition to new and better performing refrigerants and related products and equipment, AHRI said.

“We are gratified that negotiators included this bipartisan, jobs-promoting language in the Omnibus bill, and we are grateful to the Senate and House champions who worked so hard to see it accomplished, and to the House and Senate for passing the bill,” said Stephen Yurek, AHRI President & CEO. “Our industry has been working toward this goal for more than 10 years, and it is very exciting to see our vision of an HFC phasedown reach the home stretch. We are hopeful that President Trump will quickly sign the bill, so we can pivot toward implementation.”

Quoting a 2018 study by Interindustry Forecasting at the University of Maryland (INFORUM), AHRI said an HFC phasedown will create 33,000 new manufacturing jobs, increase direct manufacturing output by USD 12.5 billion, and increase the US share of the global HVACR export market by 25%.

LONDON, UK, 14 April 2019: A key initiative in Europe’s strategy to fight climate change is being undermined by an escalating criminal trade in climate-harming refrigerant gases.

The European Union revised its F-gas Regulation in 2014 to phase down hydrofluorocarbons (HFCs), a family of synthetic chemicals hundreds to thousands of times more potent than carbon dioxide and commonly used in refrigeration, air-conditioning, fire protection, aerosols and foams.

But as supplies shrink and prices rise under the EU’s HFC quotas, illegal trade has flourished to meet demand, with non-quota HFCs entering the EU directly from China or via Russia, Ukraine, Turkey and Albania.

The report is the most comprehensive research of its kind into the criminal HFC trade and documents how, as early as 2016 and despite huge stockpiling of HFCs in 2014, reports of illegal HFCs in European markets began to emerge.

EIA campaigners have since seen an escalation in reported illegal HFC trade, with 2018 witnessing a deluge of illegal HFC use and trade throughout the EU.

A detailed analysis of customs data for 2018 suggests as much as 16.3 million tonnes of CO2-equivalent (16.3 MtCO2e) bulk HFCs were illegally placed on the market, equivalent to more than 16% of the quota. A large number of EU countries recorded significantly increased HFC imports in 2018, despite the major HFC supply cut of 37%.

EIA also compared 2017 customs data to figures reported under the F-gas Regulation. The customs data indicates an additional 14.8 MtCO2e of HFCs placed on the European market compared to reported data, equivalent to 8.7% of the 2017 quota. Significant discrepancies also exist between Chinese export figures and Europe’s import data, which could indicate fraudulent import declarations.

Sophie Geoghegan, EIA Climate Campaigner, said: “There are multiple and large discrepancies between reported and customs data. The 2018 customs data suggests HFC use exceeded the quota by more than 16% – that’s greenhouse gases equivalent to the annual CO2 emissions from more than four coal-fired power plants – and we call on the European Commission and Member States to examine this as a matter of urgency.”

In late 2018, EIA conducted two surveys, one to gauge efforts by EU Member States to comply with the F-gas Regulation and the second to get information on the illegal trade directly from key industry stakeholders.

More than 80% of the companies surveyed were aware of or suspected illegal HFC trade, and 72% had seen or been offered refrigerants in illegal disposable cylinders.

Perry added: “The EU’s doors are wide open to large-scale illegal HFC trade, driven by quick profits and low risk of punitive measures and the absence of a system allowing customs officials to determine if an HFC import is actually legal or not. A functioning licensing system is urgently needed, and Member States need to significantly and demonstrably strengthen enforcement.”