DUBAI, UAE, 30 June 2022: On the evening of May 22, 1922, Willis Haviland Carrier invited 300 people to a sheet metal shop in Newark, New Jersey, for a free meal and a boxing match, followed by the unveiling of the first centrifugal chiller technology, Carrier said through a June 30 Press release, adding that it celebrated the 100th anniversary of the invention of the centrifugal chilling machine that in many ways made the modern world possible. Carrier is a part of Carrier Global Corporation.

“[Willis] Carrier’s breakthrough invention opened the door to large-scale comfort air conditioning while improving the effectiveness of process cooling,” said Gaurang Pandya, President, Commercial HVAC, Carrier. “Each day we build on that legacy, innovating with purpose to create what’s next, get ahead of changing requirements, unleash the power of digital technology, run smarter with IoT and help customers deploy commercial HVAC solutions aligned tightly with their business objectives.”

Willis Carrier’s conception to combine a centrifugal refrigeration compressor with a shell, a new type of condenser and a chiller on one frame enhanced process cooling in factories around the world, Carrier said. Following the first installation of three centrifugal chillers at a Philadelphia chocolate factory in 1923, Willis Carrier’s innovation soon provided process cooling to rayon manufacturers in India and cracker factories in Mexico, the company said.

In 1924, Willis Carrier realized his dream of comfort cooling when the owners of a Detroit department store added centrifugal chillers, the company said. The centrifugal technology reliably and affordably delivered comfort air to the public in theaters, stores, restaurants, sports venues, ships, hospitals and office buildings, the company claimed.

A decade later, centrifugal refrigeration had driven process air into more than 200 industries, the company said. Food and beverage production became safer, hospitals were more comfortable and sanitary and new lifesaving drugs, such as penicillin, became possible, the company added.

By providing precise temperature and humidity, centrifugal chiller technology has supported the infrastructure of the modern digital age, including electronics of every type, semi-conductor chips, data centers and robotics, the company said. These new inventions and new technologies couldn’t have existed without it, it added.

Sathya Moorthi, Managing Director, Carrier Middle East, said: “Carrier has evolved over the years from being a manufacturer of cutting-edge equipment to providing solutions that harness the power of variable frequency drives and IoT, ensuring that business-critical activities run at peak effectiveness, and provide operational efficiencies and insights. This demonstrates our commitment to continuously improving energy efficiency while enhancing the comfort levels of the occupants in the harsh Middle East climate conditions.”

FRANKFURT, Germany, 22 June 2022: eurammon, an association of companies, institutions, and individuals committed to the promotion and use of natural refrigerants, will hold its annual Symposium, titled ‘Journey to a naturally sustainable future’, from July 4 to 8 on a digital platform. Making the announcement through a Press release, eurammon said that as the digital format has been well received by participants in previous years, the event will again be held online over 5 days from 9am to 11.30am each morning. Registration for the Symposium is now open via e-mail to cornelia.roth@eurammon.com.

Through online lectures and a virtual panel discussion, the industry will look at the importance of its products for a sustainable and energy-efficient economy, eurammon said. “Natural refrigerants will play an important role in creating a sustainable future for our planet,” said Rob Lamb of Star Refrigeration Ltd., and Chairman of the Steering Committee of eurammon e.V. “The eurammon 2022 online symposium builds on the success of last year and looks at the use of natural fluids for cooling and heating applications across a wider range of industries.”

According to eurammon, the subjects on Day One will help set the scene for the rest of the week. They will include the European Green Deal, the UK Institute of Refrigeration’s ‘Beyond Refrigeration’ initiative and developments in the use of ammonia as a fuel. Day Two will focus on regulatory news, dealing with the proposed changes to the EU F-gas regulation and providing updates on the IEC 60335-2-40 and EN378 standards, eurammon said. The remaining three days will look at the new technologies and case studies that are helping the industry move to a sustainable future, eurammon said.

“With the online symposium, we are reaching out to a global audience interested in natural refrigerants,” Lamb said. “The symposium is a chance to learn, ask questions and share knowledge. We look forward to many participants joining us from the 4 to 8 July.”

According to eurammon, the programme agenda is as follows… 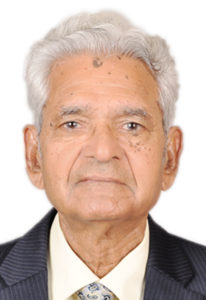 Pune, India, 19 March 2019: ACR Project Consultants has placed a strong focus on the cold chain sector over the last 30 years, said Arvind Surange, CMD. It was while working on large number of cold chain projects, Surange said, that the company realised the need for integrating Green design concepts in the sector. “We introduced this concept in 2008 and have been promoting it at a global level, highlighting the importance of environment friendliness, energy efficiency, water saving, waste heat recovery, application of renewable energy and other green features,” he said.

Surange said that realising the importance of natural refrigerants, ACR took the lead in designing the first few low-charge Ammonia DX systems in India for cold storage projects. He said: “The basic features of these are: Ammonia charge reduction; compact and lightweight equipment; full automation, including use of electronic expansion valve; and air-cooled or water-cooled setup, based on water availability.

Providing an example of one of the company’s Green projects, Surange pointed to the integrated cold chain facility of Savla Foods and cold storage in Navi Mumbai, which includes recycling of water, waste heat recovery for generating hot water for processing, along with other Green features. He added that the project was named Best Green Cold Chain Solution by the Cold Chain and Logistics Industry in 2017 and Best Food Processing and Cold Chain Project by RefCold India Emerson Awards in 2018.

In addition to this, Surange said, the latest projects the company is working on involve PEB structure with insulated panel enclosures, mechanised loading and unloading systems, eco-friendly and energy-efficient refrigeration and electrical systems, water-saving techniques and full automation. “These projects,” he said, “have been implemented in right from the northern to the southern and from the eastern to the western regions of the country.”