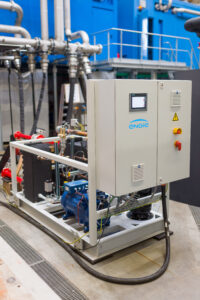 According to shecco, the event, designed for the global refrigeration, air conditioning and heat pump industry, will take place over a 24-hour period, from 10 am CET (Central European Time) March 30 to 10 am CET March 31. The show is designed to fill the physical trade show void, as the world continues to grapple with the COVID-19 pandemic, shecco added.

shecco said it is expecting 5,000-10,000 registrations and more than 100 exhibitors of natural refrigerant products for ATMO VTS 2021. Premium exhibitors so far include Teko, Zudek, ebmpapst, Carel, Alfa Laval and Dorin, it added.

The inaugural ATMO VTS took place from September 1 to 2, 2020, shecco said, adding that it attracted 77 natural refrigerant companies as exhibitors and more than 4,200 attendees from 1,500+ organisations from around the world.

“ATMO VTS 2021 will give that ‘real’ trade show feeling, which is much needed these days,” said Marc Chasserot, CEO, shecco. “The platform allows us to explore different halls, listen to live presentations, and make valuable connections with customers and suppliers from all over the world.

“In addition to some great exhibitors, with more signing-up each week, we’ve made some big changes, including new Product Innovation Awards and 24 hours of live webinars, including panel discussions, so that everyone, no matter where you are in the world, can listen live to some key discussions from cooling thought leaders.”

The live webinars will include presentations on shecco’s first Annual Report on the natural refrigerants industry, global training, the new EU F-Gas Regulation update and food retail experiences from around the world.