ARLINGTON, Virginia, 27 December 2020: The Air-Conditioning, Heating, and Refrigeration Institute (AHRI) on December 22 expressed its gratitude to House and Senate negotiators who included language in the just-passed Omnibus bill to bring about a national phasedown of HFC refrigerants. Particular appreciation also is due to Senators John Kennedy (R-La.), Tom Carper (D-Del.) and John Barrasso (R-Wyo.) as well as to Representatives Frank Pallone (D-NJ), Pete Olson (R-Tex.), and Paul Tonko (D-N.Y.) for their tireless efforts to see this bipartisan initiative through to completion, AHRI said.

The language included in the bill would bring about a national phase down of HFCs and allow for a market- and consumer-friendly transition to new and better performing refrigerants and related products and equipment, AHRI said.

“We are gratified that negotiators included this bipartisan, jobs-promoting language in the Omnibus bill, and we are grateful to the Senate and House champions who worked so hard to see it accomplished, and to the House and Senate for passing the bill,” said Stephen Yurek, AHRI President & CEO. “Our industry has been working toward this goal for more than 10 years, and it is very exciting to see our vision of an HFC phasedown reach the home stretch. We are hopeful that President Trump will quickly sign the bill, so we can pivot toward implementation.”

Quoting a 2018 study by Interindustry Forecasting at the University of Maryland (INFORUM), AHRI said an HFC phasedown will create 33,000 new manufacturing jobs, increase direct manufacturing output by USD 12.5 billion, and increase the US share of the global HVACR export market by 25%.

According to Daikin, the acquisition will provide prominence to its current infrastructure influence and help increase its penetration across various applications.

Citizen Industries has two manufacturing units, a big base of R&D engineers and service technicians that Daikin said would complement its people strength. The integration of the two companies, Daikin added, would result in joint sales velocity; acquiring of ongoing air-side maintenance contracts; expansion into the applied and VRV solution business, including air side; a horizontal collaboration with American Air Filter (AAF); and catalysing economies of scale at Daikin’s Neemrana factory in the western Indian state of Rajasthan and its R&D centre.

Daikin said its acquisition of Citizen Industries mirrors its assertive philosophy of identifying opportunities ahead of time and building value around its offerings, while keeping customer requirements at the forefront to create a sustainable business, faster than the rest.

Charles E Gulledge III, 2020-21 ASHRAE President, and Stuart MacPherson, CIBSE President, signed an SPA during a virtual signing ceremony on December 10. The agreement outlines how ASHRAE and CIBSE will work cooperatively on activities that serve their respective memberships, to promote the advancement of a more sustainable built-environment through HVAC&R technologies and their applications.

According to ASHRAE, areas of collaboration include:

“Our continued collaboration with CIBSE provides a meaningful opportunity to coordinate efforts on innovative technologies and resources to advance the growth of the built environment,” Gulledge said. “We value this partnership with CIBSE and are excited to leverage this collaboration to move the industry and buildings towards a more sustainable future.”

MacPherson said: “We are delighted to sign this agreement with ASHRAE and strengthen the long-standing relationship between our organisations. The increasing local and global challenges of maintaining safe, healthy and efficient built-environments marks this as a particularly auspicious time to share knowledge and expertise to enhance our offerings for the benefit of both our members and wider society.” 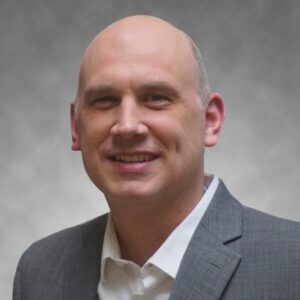