From 3.8 million tons of GHG emissions to two millions tons

Gustaf Landahl, Head of Department for Planning & Environment, City of Stockholm, Sweden, describes the strategies, tools and approaches, including district heating, that are being brought to bear in the drive towards a fossil fuel-free and climate-positive economy by 2040. Excerpts from the interview he gave to Surendar Balakrishnan of Climate Control Middle East…
Added: November 10, 2020 | By: Surendar Balakrishnan 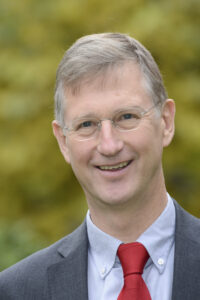 Could you describe the work you have carried out towards reducing greenhouse gas emissions in Stockholm?

We were early. We brought our first climate action plan to the city council in 1996. We began by assessing our emission of greenhouse gases, and to do so, we contacted Bert Bolin, who was working for the university and, later, was the chairman of the UN Intergovernmental Panel on Climate Change (IPCC). Bert helped us set up the boundaries for assessment. It was important to assess, because until you know how much you are emitting, you can’t have any goals.

The big reduction has been in heating. If you look at buildings in Stockholm, more and more are linked to district heating, which is done using wood chips as fuel. We got rid of the last coal-fired plant. We don’t have oil, either. We use wood chips and household waste for cogeneration of heat. Many of the single-family homes have opted for bedrock heat pumps, where you drill a hole 120 metres down to the ground.

For electricity, we count on the Nordic mix. We sell and buy electricity to and from Nordic countries through the interconnected network.

When it comes to emissions, the big challenge is road transport, which now, after the reductions in the heating sector, accounts for half of the emissions. In 1996, it was one quarter to one-third; now, it’s half. It’s not that it has grown; it has stood still, even though the city’s population has grown from 1.5% to two per cent per year, which is fast for a European city.

Normally, emission from transport would have grown, but we have been able to keep it stable through encouraging walking, cycling and the use of vehicles that run on renewable fuels.

A major challenge we have is lack of incentives. And that is where we need more help from the national government. We don’t have enough incentives in place to make things happen – to get people to move to biofuel and avoid using fossil fuels, and that’s what we have to do to speedily meet the requirements of the Paris Agreement.

We want to be fossil fuel-free by 2040. We have put in place bio-energy carbon capture, and we are making agreements in places such as Norway, where we can store the carbon emissions.

By 2040, we want to be climate positive, as well. The issue is, how do we finance the move? It’s not extraordinarily expensive, if you compare what we collect from our road charging taxation system. If you drive into the inner city, you have to pay 3 euros. Half or one-third of revenues of that annually would be enough to pay for the carbon capture storage system. We have to find the business model to create the funding.

We are approaching the national government for incentives to speed up this work. We don’t have the mandate or power to do so with local legislation.

Of the total emissions, what percentage is indirect emissions? Could you explain in terms of Total Environmental Warming Impact (TEWI)?

Do you mean the lifecycle analysis of production of renewable fuels? Do you mean other emissions, like methane?

I’m talking about any greenhouse gas from burning fuels, when you use the electricity for powering district energy plants, say?

Emissions compared to net emissions… I don’t have that figure. It would be of interest, I understand, so that you can see the impact of using renewables instead of fossil fuels. If you look at the waste heat used for district heating, there you have approximately half of the emissions compared to when you use oil or coal. If you go to wood chips, I think it goes down to 5-10% of the emissions of fossil fuel. If you compare biogas as a fuel or ethanol to petrol, it’s 80% less emissions.

Revisiting your 2040 target of becoming fossil fuel-free, are you likely to achieve it much before the designated year, keeping in mind the evolving nature of technology?

Well, I wouldn’t say we are much ahead of the target; I wouldn’t say we are behind it, either. We have a first control station at 2023 that we should reach 1.5 tons per capita; and that’s a higher speed than we have been reducing so far. It is because of politicians, who see a need for higher speed in climate work to reach the Paris Agreement. If we reach 1.5 tons, I hope we get better incentive to work with transport-related issues. If you look at heating and electricity, I’m sure it’s very well according to the plan.

If we look at the buildings, for the first time, we have district cooling, as well, mostly in the central business district. And in our high-tech area, we have combined district heating and cooling heat pump for the cold side and the hot side.

In normal buildings, we are seeing more and more energy efficiency-related work. We have installed heat pumps for the ventilation air. The heat pumps take the used air out of the building. They take out the heat and feed it back for hot water and heating. Since these systems have adopted forced ventilation, people think the air quality has improved. They have better forced ventilation ventilating their apartment. Their air quality, indoors, and energy efficiency have gone hand in hand, which is a very positive development.

It is interesting, because in many parts of the world, energy efficiency and IAQ don’t seem to go hand in hand.

We have a heat exchange system taking the heat out of the air and saving the energy. This approach is very efficient, especially when we consider old buildings. Forced ventilation and improved heat recuperation is normally the most cost-efficient energy-saving method; it is much more cost efficient than insulating exterior walls.

If you take our smart city project, there we have managed to bring down energy use in multi-family building by 79%, which is down to levels we want newly built buildings to be built in Stockholm.

To what extent is District Heating helping you achieve the 2040 target? Are you able to quantify that?

We have quantified that, since a large part of the emission reductions we have done is due to people moving from individual heating through using oil to district heating, and especially with wood chips.

The national government introduced a carbon tax through a tax swap back in the beginning of the 1990s, where tax on labour was reduced whereas tax on carbon was increased. So, if one ton of coal cost USD 80 in the international market, you pay USD 350 in tax, if you use it as a fuel – that makes coal not so interesting. If you buy wood chips, it would cost USD 220 dollars in the international market, so of course you move to that.

So, this carbon tax has been of great importance for moving over to renewables. Without that, I don’t think we would have come as far as we have. We can’t take all the credit at the municipal level; it was helped by the national tax system.

How much does district heating contribute to the overall heating requirement of the city?

Today, the district heating system is even interconnected with other municipalities outside of Stockholm, so soon the whole region will be connected.

Has the pandemic affected capital expenses, at a time when it is important to install the right equipment for improving building performance?

The pandemic did not affect GDP growth as much as everyone thought it would. The national government is spending more to keep the economy going. The government said that in the next year’s budget, much more is going for energy efficiency measures in buildings. So, money will be spent for renovation and energy efficiency-related work.

Today, more people are working from home, sitting with their headsets. I see more digital meetings in the future and more people working from home. People want to have larger apartments, which would reduce the space for offices. Also, we can see that sales of villas have gone up, higher than those of multi-family apartments. We can also see that many people are buying a lot more on the Internet than before, so the need for shops will decrease and the need for deliveries is going up. More people are buying stuff and getting deliveries right to their door, instead of driving for their shopping. This will also affect transport – a huge increase in goods transports would see a decrease in people transports. I can’t really say if this is positive or negative for the climate; we haven’t evaluated how it will affect the way we emit in the future. But I do believe the new normal will be something in between the way we were before COVID and the way we are working today.

How do energy-efficiency projects get financed? Could you describe the model?

I could say it’s like all infrastructure, be it electricity infrastructure or road infrastructure. You have to find a way of funding – borrow money to implement them, and in the long term, they pay themselves back. If you take district heating, everyone who buys that goes back to the system paying for the investment. Today, our electricity grid is co-owned by a Canadian pension fund, because they want to invest where they can get money back for their investment. At a time when lending rates are very low, the big infrastructure projects are rather a stable and secure investment. I’m sure our district heating system is also of great value, so it would come out for sale.

Gustaf Landahl is one of the speakers at The Big 5 Digital Festival, from November 23 to 26. This interview has been made possible, thanks to dmg events.