Helsinki Energy Challenge receives proposals from around the world 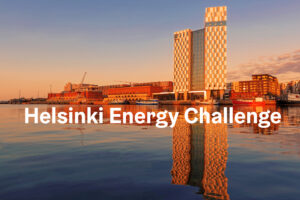 HELSINKI, Finland, 11 October 2020: The Helsinki Energy Challenge inspired 252 teams from 35 countries from around the world to participate, the organisers said. The application phase of the competition ended on September 30. The participating teams presented their proposals on how Helsinki can stop using coal for heat production as sustainably as possible by 2029 and speed up its journey to becoming carbon-neutral by 2035.

According to the organisers, the competition received a higher number of proposals than expected. Entries, they said, came from different parts of the world, with the majority from Finland, Austria, Sweden, the United States, Germany, the United Kingdom and Canada. Many of the participating teams, they said, are great examples of cross-disciplinary and international competence – the competition inspired innovators from around the world to join forces.
The proposals entered in the competition involve several different types of solutions and plenty of brand new ideas and concepts, the organisers said. They include solutions in which existing technology is combined or used in new ways, as well as proposals that involve technological or non-technological innovations, they added.

“I’m extremely happy that the Helsinki Energy Challenge that I launched reached this much interest both here in Finland and in other parts of the world,” said Jan Vapaavuori, Mayor of Helsinki. “During the discussions, held in the first phase of the Challenge, it became obvious how extraordinary is the project we have launched and how many positive things it has brought in these otherwise difficult times. With the help of this competition, we wanted not only to find answers to our own energy challenge but also to offer Helsinki as a platform, where new, sustainable and future-proof solutions can be built. It seems we have succeeded in this extremely well, as well as in our goal to give rise to discussion and new kind of thinking on this important topic, both nationally and internationally. Climate change is a global crisis, which we can manage only by clearly raising the level of ambition. I’m glad that many of my colleagues from around the world have expressed their wish to follow our example and are looking forward to the lessons and solutions gained from the Helsinki Energy Challenge.”

According to the organisers, the entries will be evaluated during October, and finalist teams will be selected early November. The evaluation criteria include the proposed solution’s climate impact, impact on natural resources, cost impact, implementation schedule and feasibility, security of supply and capacity, the organisers said. The evaluation process will use the help of experts from various organisations to ensure that the best solutions will move to the next phase of the competition process, they said. A maximum of 15 teams will be selected for the final phase of the Challenge, they added. These teams will be invited to the co-creation phase, during which they will receive support for further developing their solutions, as well as additional information for  tailoring their idea even better for the context of Helsinki, they further added.

The international jury will evaluate the final proposals of the finalist teams in the beginning of 2021, and the winner will be announced in March 2021, the organisers said, adding that the competition’s first prize is one million euros. The City of Helsinki lives up to its global responsibility in the fight against climate change and is committed to sharing the results of the competition openly, in order to allow other cities to benefit from them in their own climate work, the organisers further added.

Climate change is the biggest challenge of our time, and cities have a decisive role in mitigating it, the organisers said. Despite the COVID-19 pandemic, the City of Helsinki keeps investing heavily in its climate work, they said. The climate crisis has not been cancelled, and the City of Helsinki is working its way towards a carbon-neutral Helsinki by 2035, they said. At the moment, more than half of Helsinki’s direct carbon dioxide emissions originate from heating the city, and this is why finding a sustainable heating solution will have a critical impact on achieving the City’s carbon-neutrality goal, they said. Currently, more than half of Helsinki’s heating energy is produced with coal, the use of which will have to stop by 2029, they said. Helsinki wants to find long-term sustainable solutions, which is why it does not want to replace the use of coal with biomass-fired production, they added.

Helsinki wants to find long-term sustainable solution to heat the city in the future and to act as a platform for new and innovative solutions that other cities around the world can benefit from, as well, the organisers said. The competition, they said, seeks solutions through which the city can be heated sustainably in the coming decades – without coal and with as little biomass as possible.