Company says it is the only air conditioning brand to do so in the UAE, highlights garnering the honour for the fourth consecutive year
Added: September 22, 2020 | By: CPI Industry - Content Team 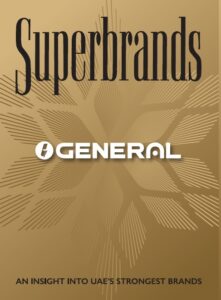 The status is awarded based on a brand’s ability to offer emotional and tangible benefits to customers as well as its strong connection among media, suppliers, investors and employees, the company said. This year, 57 companies received the Superbrand award from the Brand Council members, along with prominent senior directors and managers on an invitation-only basis. The Japan-headquartered cooling manufacturer is the only air conditioning brand in the country to receive the recognition since the launch of the programme in the UAE in 2005, the company said.

“Fujitsu General ACs are synonymous with quality, durability and innovation – and it’s because of the trust that consumers place in the brand that it appears year after year on the Superbrand roster,” said Mike English, Director, Superbrand Middle East. “With regionally specified products, supported by intelligent marketing and reliable customer service, the brand commands authority in a region where AC is considered a life-essential.”

Tariq Al Ghussein, Chairman and CEO, Taqeef, Fujitsu General’s distribution partner in the Middle East, said: “Fujitsu General has been setting the tone for cooling in the Middle East for nearly 50 years. It’s a global brand that invests and innovates in the regions it serves, developing products with unrivalled capacity to meet the demands of unique climates, such as ours. As the originators of desert cooling, Fujitsu General has been challenging expectations and pushing boundaries since 1972. We’re proud to have partnered with them on this journey and look forward to bringing the next generation of cooling technology to today’s and tomorrow’s consumers.”