The COVID-19 crisis is stress-testing the capacity of governance arrangements to deal with unexpected shocks, says Richard Kozul-Wright, Director of Globalization and Development Strategies, United Nations Conference on Trade and Development (UNCTAD), adding that South-South cooperation, though not a substitute for a proper international response to the crisis, can point towards a better future
Added: June 7, 2020 | By: admin

As the threat to lives from COVID-19 became more apparent, countries began locking down their economies and putting together emergency support packages.

Despite these being on a scale not seen outside of wartime, the economic damage to the global economy this year will be devastating, compounded by the absence of robust arrangements to coordinate individual country efforts.

For many developing countries, where up to 90% of the workforce engages in informal activity and lockdown is a difficult proposition, the first effects of the crisis came through economic contagion before the health shock.

Some countries have found the fiscal and policy space to respond (Figure 1), but most have been overwhelmed by a vicious economic circle of capital flight, currency collapse, dwindling foreign exchange earnings and shrinking fiscal space.

Figure 1: COVID-19 rescue measures as a percentage of GDP in different countries 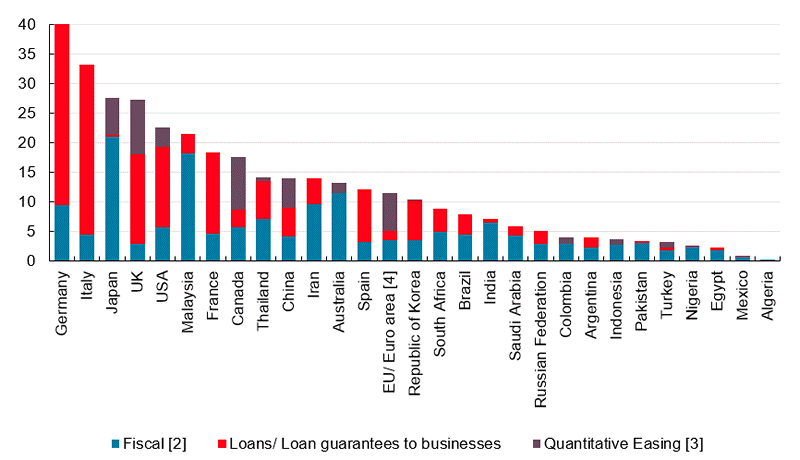 Note: [1] As of May 25, 2020. [2] Short-term deferral measures, i.e. tax payments deferred from one quarter or month to the next, are not included. [3] Estimate of additional asset purchases by Central Bank in response to the Coronavirus outbreak. In the case of China, the figure includes also and other monetary stimulus measures such as reductions in lending facility rate and lowered banks’ Required Reserve Ratio. [4] As % of EU-27 GDP.

With debt levels already at historic highs when the crisis hit, UNCTAD has estimated that developing countries will need at least USD 2.5trillion over the next two years to meet their external financing needs.

The response from the multilateral system to this extreme financial stress has been underwhelming, falling far short of what UNCTAD, along with many other commentators, has proposed to avoid recession turning in to depression and, possibly, another lost decade.

A blueprint for international coordination

Cooperation among countries of the South cannot substitute for the actions required by the wider international community, but it can bring a degree of relief and support with recovery.

As important, it can provide a blueprint for the kind of international coordination and cooperation that will be needed to recover better than after previous crises.

Southern development banks are in a stronger position than a decade ago, thanks to new arrivals, high equity-to-loan ratios and continued access to international capital markets.

In addition, UNCTAD estimates that a prudent lowering of the equity-to-loan ratios by the sub-regional development banks, in Latin America and the Caribbean, Asia and Africa could expand their loan portfolios by nearly $25 billion.

Southern countries could also use existing southern-based funds to expand much-needed liquidity. The BRICS, for example, could extend their $100 billion Contingent Reserve Arrangement (CRA) to other developing countries facing acute liquidity shortages and use their large foreign reserves to expand the CRA substantially.

In addition, long-established regional liquidity funds, such as the Arab Monetary Fund, the Latin American FLAR and the Chiang-Mai Initiative could be other sources of scaled-up liquidity, especially for smaller countries with few or no alternatives.

The massive financial subsidies being rolled out in the North to sustain businesses during the pandemic and justified as emergency support in the face of exceptional circumstances will, nonetheless, have a distortionary impact on the international trading system.

Such support cannot be matched by developing countries. Instead, they will need to adopt strategic trade and industrial policies to support essential sectors and preserve jobs.

South-South trade agreements, especially at the regional level, can provide diversified markets to leverage export opportunities. But given the exceptional circumstances, a temporary Peace Clause covering all areas of WTO legislation that could hinder the use of trade and industrial policies is urgently needed.

Developing countries should also, wherever possible, judiciously use the space between their applied and bound agricultural and industrial tariffs to help mitigate the damage from the crisis and raise the tariff revenues needed to build future resilience.

The massive technological divide on both the production and consumption sides of the digital economy, has been made abundantly clear during the current crisis.

UNCTAD’s South-South digital cooperation agenda for boosting new industrialisation and integration opportunities among developing countries can provide a policy path to building resilience in the South.

The urgent need for solutions to COVID-19 has opened a window of opportunity for a South-South cooperation initiative in health and related areas.

Within a regional health initiative, collective research and development efforts in medicine should be the top priority in the coming years.

Any medicines, or medical discoveries, which are important for the survival of people, need to be shared widely and their access made available to all, especially to the most vulnerable countries and communities. This highlights the importance of making the Trade-Related Aspects of Intellectual Property Rights (TRIPS) moratorium permanent, prohibiting non-violation complaints on intellectual property rights.

Another line of policy action could involve strengthening regional value chains in health-related products and services.

The pandemic has also brought to the forefront the flexibility needed by countries in procuring and distributing food, especially at times of crisis.

Further, building food supply independence is another source of resilience. Most developing countries are well placed to develop regional collaboration in agricultural value chains, as their economies present significant complementarities in this respect.

Regional funds and trade pacts for emergencies could help in this respect with targeted financial resources both to save their small- and medium-sized producers and strengthen regional supply chains.

In response to COVID-19, the countries of the South need to strengthen the strategic partnerships at the heart of South-South cooperation and build solidarity around reforms to the multilateral architecture that push towards more inclusive global governance.

This is a crisis developing countries should not let go to waste. 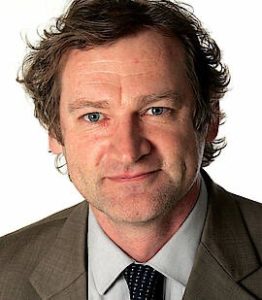 The writer may be contacted at richard.kozul-wright@unctad.org.