Brazil highlights the use of biofuel 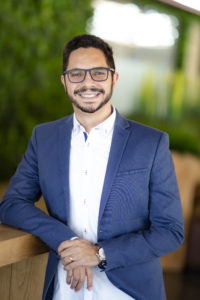 DUBAI, UAE, 4 December 2019: Brazil’s diverse energy mix opens up possibilities of a collaboration between the country and the Middle East region, said Rafael Solimeo, Head of International Office (Middle East and North Africa), Arab Brazilian Chamber of Commerce (ABCC). He added that as Brazil and Middle East have similarities, when it comes to a reliance on temperature-controlled systems, all of which create a burden on the energy grid, both regions can learn a lot from each other. He said Brazil is focusing on bringing the country’s renewable energy and sustainable solutions to the Middle East market. 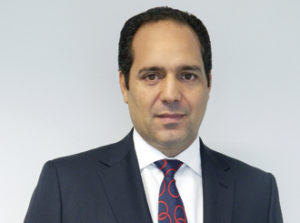 Brazil has made significant strides in the field of biofuels. Andre Pitaguari Germanos, National Secretary of Ecotourism, Ministry of the Environment, Federative Republic of Brazil, said the government has been investing heavily in alternative energy and that the country has taken a leadership role in the use of renewable fuel from sugarcane. “Brazil has one of the most efficient and cleanest energy matrix in the world, as our regular energy comes mostly from hydroelectric power,” he said. Solar energy and wind farms are also gaining strong positive momentum in Brazil, further diversifying the country’s clean energy contribution, in line with the country’s commitment under the Paris Accord, Germanos said.

Julia Tauszig, Institutional Relation Coordinator, UNICA, Sugarcane Industry Association, said sugarcane is poised to play a big role in the future energy mix and in the future of mobility. “In Brazil, we have a high blend of ethanol in petrol,” she said. “Any place you go to fuel your car, the petrol has 27% of ethanol. This is mandatory. There are also flex fuel vehicles, where you can use either ethanol or petrol at any percentage.” Ethanol, she said, has the potential of 90% emission reduction, adding that as the biggest cities in the world are facing this challenge, ethanol offers a good opportunity to meet emission-reduction goals, in addition to increasing air quality and overall health of the population. Tauszig said that oil-rich nations in the Middle East should especially look at this to realise the dream of “green petrol”, which would help nations move away from reliance on oil and petrochemicals in a less harsh and abrupt manner. She said that looking at opportunities offered by ethanol is vital, as even the introduction of electric cars represents a burden on the energy grid, not to mention the required investment to create the infrastructure to charge the cars, in addition to sustainable disposal of batteries. More than 60 countries today have a mandate or authorisation for blending, she said.

While the sugarcane industry has made great strides in impacting the petroleum sector, Tauszig said, there are applications in the built-environment. She added that the sugarcane industry is taking a leadership role in promoting circular economy, as in addition to ethanol, residual matter from sugarcane is used to create biogas, which can be used to make bio-electricity. “Most of the sugarcane industry – the largest establishments – are in Sao Paolo,” she said. “They produce for themselves, and the surplus they sell to the local grid.”

She added that a strong regulatory framework offering funds has helped investment in this direction, with the National Biofuel Policy recognising the positive externalities of ethanol and biofuel production. In Brazil’s energy matrix, she said, 45% is from renewables, and of that 70% of the renewable energy source is from the sugarcane industry, either through ethanol or biomass.