The event is expected to bring together more than 20,000 of the world’s business, environmental and social leaders, USGBC says
Added: October 7, 2019 | By: CPI Industry - Content Team 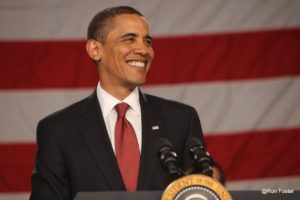 Washington, D.C., 7 October 2019: Former US President Barack Obama will be one of the keynote speakers at the 2019 Greenbuild Conference & Expo, scheduled to take place from November 19 to 22 at the Georgia World Congress Center, in Atlanta, Georgia, the US Green Building Council (USGBC) said through a Press release.

According to the release, Greenbuild Atlanta will bring together more than 20,000 of the world’s business, environmental and social leaders to motivate, inform and inspire the activities that accelerate the USGBC’s mission.

The USGBC launched the Living Standard Campaign at Greenbuild Chicago in 2019, solidifying its commitment to creating a higher living standard and a better quality of life for everyone, the release said, adding that this year, with Greenbuild Atlanta’s theme, A New Living Standard, the USGBC is taking that commitment to the next level, showcasing Greenbuild as the platform to celebrate the people who are working to challenge the status quo and raise the standard of living for every person on the planet.

The former US President’s participation is one of the highlights of the event. “President Obama knows a lot about challenging the status quo and fighting for change,” said Mahesh Ramanujam, President & CEO, USGBC. “In times of great challenge and cultural change, President Obama lead the country towards a stronger economy, a more equal society, and a nation more secure at home and more respected around the world. During his two terms, President Obama worked tirelessly to redefine the American narrative so that people could see America the way he always has – as the only place on Earth where so many of our stories could even be possible.

“The future of the human race is interlaced with the future of the planet, and the sustainable practices we celebrate and advance at Greenbuild remind us that our success as sustainability advocates, practitioners and professionals is more than a movement, it is a responsibility.”