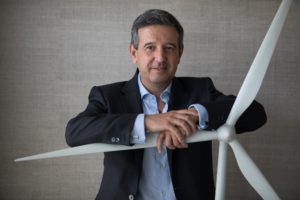 ZAMUDIO, Spain, 11 July 2019: A resilient renewable energy framework is not only feasible, it is inevitable, Antonio de la Torre, Chief Technology Officer, Siemens Gamesa, said following the company’s recent launch of its electrothermal energy storage system. de la Torre said he sees a future of renewable power integrating wind, solar and storage at the same time, with storage powering the grid and managed directly by the grid regulators. “That means in the future, country regulators will deliver stored energy, whenever the grid demands it,” he said.

De la Torre said that Siemens Gamesa is currently in the process of developing the technology and has completed the first prototype of five megawatt hours. “We are now jumping to 130 megawatt hours of energy,” he said. “The last quantum leap we need to perform to make it commercially viable will be the validation of our next one-gigawatt-hour installation. At this stage, by 2022-2025 we´ll be competitive with the rest of the technologies in the energy market.” 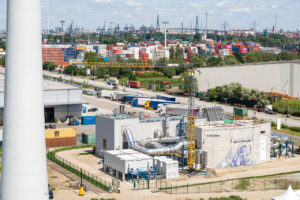 Discussing how the technology can be used to address requirements of systems that have traditionally placed a heavy load on the energy grid, de la Torre confirmed that the system can be used to resolve the issue of air conditioning equipment overloading the grid. De la Torre pointed out that since there will be countries where solar or wind power will be guaranteed for some part of the day and provide excessive energy, the excess of energy can be stored in a big installation capable of storing one gigawatt hour of energy quite soon. “Within a 10-15 years’ timeframe, storage capacity will range from 15 to 20 gigawatt hours,” he said. “This means that stored energy will be delivered to the grid by the regulator, and excess demand required for air conditioning devices can be addressed by these types of installations.”

De la Torre said that he has no doubt the price of storage systems will only continue to be incrementally lower with time. “Our company foresees that the energy trading will continue evolving to lower costs,” he said. “And stored energy will contribute to get the energy prices lower when demand will show peaks.”

De la Torre shared that as the company has designed a very versatile system, the thermal storage can be applied in standalone configurations or as part of a hybrid solution combined with wind and solar windfarms. Such versatility, De La Torre said, extends to applications for the system in other regions, even amidst the harsh conditions across the Middle East. “We do not expect there to be challenges applying this technology to other parts of the world,” he said. “We create global solutions that can be customised to meet any country’s requirements. So, in the case of the Middle East we would be able to make some customisations to meet any particular grid requirements, or environmental issues.”

De la Torre weighed in on the future of energy trading, which he said, will be significantly different from present-day operations. “In line with our global strategy, we think that energy trading will be based on how different sources of energy can deliver in real time,” he said. “So, we foresee two prices for the energy – a price for energy available at any given time and a price for energy in storage. That is what we see in a simplified manner of what must happen as part of the energy transition.” Apart from the price issues, de la Torre said that critical infrastructures demanding energy in crisis scenarios are the ones that will get the biggest benefit from the massive thermal storage solution SGRE (Siemens Gamesa Renewable Energy) is creating.