Power corridors can unlock RE potential 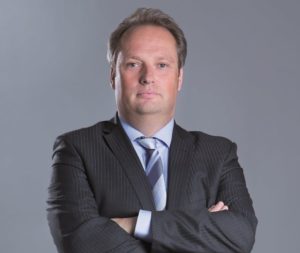 Dubai, UAE, 23 July 2019: Electrical interconnections would unlock the renewable energy potential of the Middle East region, strengthen political relations of the involved countries and usher in a more efficient evolution of the power system, said Dr Floris Hendrikus Schulze, Managing Director, CESI Middle East FZE. Dr Schulze said that presently, CESI is deeply involved in the pre-feasibility study for a potential power corridor between Middle East and North Africa and, potentially, to Europe. He added that the company is assessing the potential of the electricity market in the GCC region, which, he said, is key to restructuring the power sectors of the Middle East.

Concerning a GCC region energy corridor, Dr Schulze pointed out that an interconnection linking all the countries is already present. “It has been used successfully already for many years for improving the reliability of the GCC region system during emergencies and to share generation reserves,” he said. “The next step to fully exploit the opportunities offered by the interconnection is to increase the electricity trading among the countries, which is currently limited due to the still early stages of market restructuring of the power sectors of the GCC region countries.” Dr Schulze said that increased utilisation of the energy interconnection will advance efforts to integrate renewable energy to the grid by allowing the countries to export power when there is an excess of generation from renewables.

Commenting on news reports surrounding Saudi Arabia’s growing interest in exporting power to countries facing energy challenges, such as Iraq, Dr Schulze said that power trading is a concrete possibility. Dr Schulze said that considering Iraq is facing a significant problem of load curtailment, exploring electricity imports as a means of improving the situation is vital. “This need well combines with the characteristics of KSA’s power system and GCC region countries, because they generally have enough generation capacity and availability of primary fuels, making them interested in electricity export,” he said.

As many countries in the Middle East are investing in solar power, Dr Schulze also touched on opportunities with regard to solar wheeling, where electricity generated in one location can be purchased directly by a company or institution in another – a prevalent practice in Jordan. “The success of such kind of projects depends [on] the existence of a positive business case for the private [sector] for self-consuming or self-buying electricity from PV plants instead of from the grid,” he said. “The electricity tariffs paid by the electricity customers, therefore, play a major role – the higher the cost of electricity from the grid, the higher the interest for privates to go for wheeling options.” In relation to the GCC region, Dr Schulze said that the electricity tariffs are generally accompanied by strong subsidies, with customers incurring low costs for electricity. As such, to make wheeling projects more attractive, he said there must be a move to restructure the power sector and cut the subsidies to provide correct price signals for energy consumption to the customers and increase the economic efficiency of the power system as a whole.