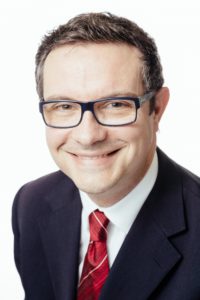 Cauz’s appointment, the release said, is part of the Group’s constant international expansion and with the aim of strengthening its regional structures.

“It is an honour for me to be appointed to this prestigious position in a growing group, such as CAREL,” Cauz said. “Our colleagues in Eastern Europe, Middle East and Africa region stand out for their experience and professionalism. It will be a privilege to work with them and, together, find the best synergies for organising the team and consolidating our presence on the market, by anticipating our customers’ requirements.”

Concurrently, the position of Managing Director of CAREL Central and Southern Europe has been assigned to Marco Galluppi, formerly part of the team as Business Development Manager for Turkey & West Asia.