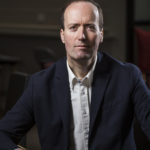 London, United Kingdom, 1 May 2019: The Spanish market is positioning itself at the forefront of the renewables revolution, said Javier Cavada, CEO, Highview Power, emphasising that local utilities are taking leadership roles, globally, in wind and solar power. “Spain is set for a major solar surge, and its local PV market Is expected to become one of the largest markets in Europe, especially since the government removed the “sun tax” and committed to 100% renewable power by 2050,” he said. In 2018, there was an increase of 94% in new PV installed capacity, compared to 2017, showing that the Spanish renewable energy industry is overcoming the political uncertainty from previous years, he said.

Cavada pointed out that the country is also blessed with some of the best conditions in Europe for solar and wind energy. “The electricity sector is completely liberalised, while the market is subject to a high degree of regulation,” he said. “Spain’s renewable electricity regulations are governed by the common framework for the generation and promotion of renewable energy established by the European Union, which establishes national targets on renewable energy generation, reduction of greenhouse-effect gas emissions and energy efficiency.”

Speaking on Highview Power’s cryogenic energy-storage technology, Cavada said that it is classified by Spanish National Grid (REE) as renewable technology, due to its zero-emissions and to its long-duration-storage capabilities. He added that the technology is expected to complement the traditional hydro-assets to enable the surge of wind and solar power to increasingly become renewable baseload.