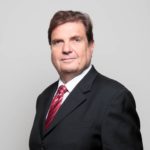 Dubai, UAE, 25 April 2019: In view of the growing pipeline of projects in Africa driven by investments from international institutions, such as the World Bank, global players are viewing the region with much enthusiasm, said Fady Juez, Managing Director, Metito, who added that there is especially strong interest among companies to participate in the growth of sub-Saharan countries. “Of course, things take longer because of the infrastructure and of how the bureaucratic system works,” he said, “but it’s going in the right direction.”

Juez said that Metito is also investing into expanding its presence across the region. While the company has been active in North Africa since the late 1960s, Juez said that more focus is being placed in growing the business in Rwanda, Tanzania and Kenya, along with other eastern African countries. He emphasised that Egypt continues to be a strong driver of projects for the whole region. “In the past 2-3 years, there has been a tremendous move to invest in building and rebuilding the whole infrastructure,” he said. “We are seeing a huge amount of business potential.” He added that the company was also successful in the first ever public private partnership (PPP) project in Kigali, Rwanda, and that he believes this will be a trend for the rest of the region.