Superstorm Sandy lashed the eastern seaboard in the United States in 2012, causing USD 70 billion in damages. During the time, Princeton University served as refuge for the community and for first responders. Ted Borer, Energy Plant Manager, Princeton University, in this interview with Ranjana Konatt of Climate Control Middle East, recounts the havoc the hurricane wreaked, while pointing to microgrids as having an essential role to play in a region’s ability to be resilient. Excerpts…
Added: March 20, 2019 | By: Ranjana Konatt | Features Writer 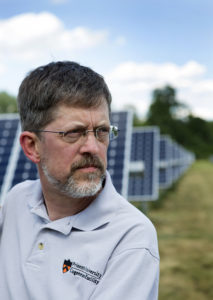